Lightning at The Lodge 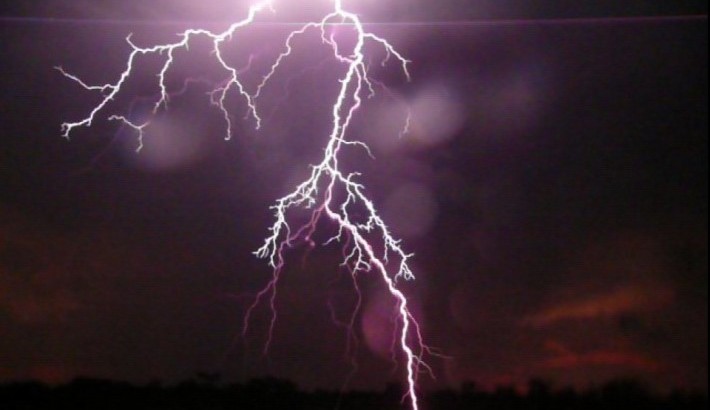 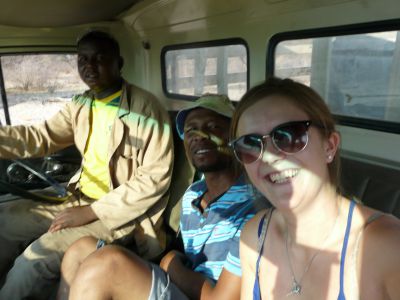 As I left behind the bustling oven that makes up Maun, in a bull nose Mercedes Benz supply truck – which would not have looked out of place in a 1950s Cuba – I couldn’t wait to reach the tranquility of The Lodge and throw myself into the pool.

Some very ominous clouds were forming overhead as we lurched off the tarmac and set off through the thick sand. Then at about 6, when the sun had started to set, all hell broke loose and we were witness to the most spectacular lightning show I have ever seen.

As bolts flashed around us, we trundled on through the torrential wind and rain, dodging fallen trees and jumping at the thunder. Just as we thought the storm couldn’t possibly get any stronger, huge balls of ice started to hit the windscreen and cover the road.

We must have been quite a picture; the three of us staring awestruck at the sky and laughing at the insanity of it. 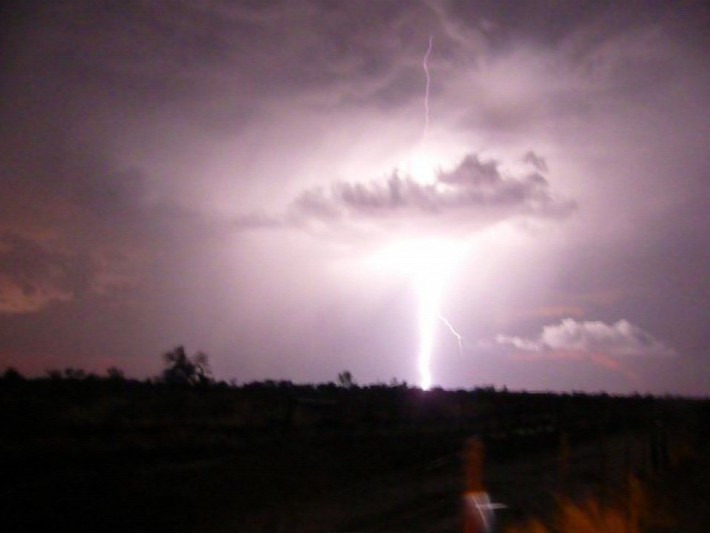 When the battered truck and its bedraggled occupants finally pulled up to The Lodge 7 hours later, I had to do a double take. The Lodge no longer looked like the Kalahari Desert oasis I had been promised but bore more of a resemblance to that of an Alpine lodge in the depths of winter. Every surface was covered with a layer of ice chips, the sofas soaked through and wide-eyed staff clearing branches from the pool. Clearly the storm had hit here too. 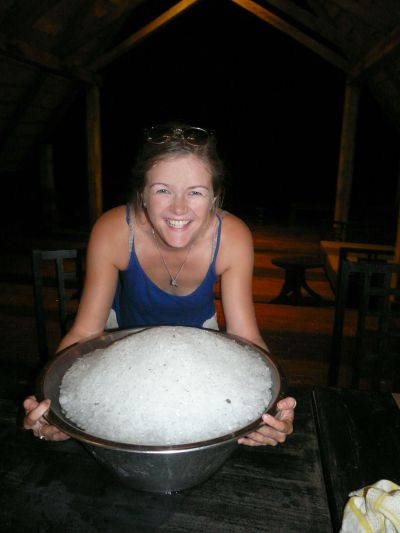 All Was Not Lost

Tired and wet (the African delivery van, true to form, had many holes) I clambered up the steps to be met by a steaming cup of tea, Alwyn and Pauline. Two sips of tea later and feeling considerably more human I noticed, in among the ice chips, a table had been laid and a glass of wine poured. Things were rapidly starting to look up and Alwyn and I chuckled at the absurdity of, instead of me walking into a tranquil lantern lit lodge as he’d planned – I’d entered a disaster zone.

We sat down and despite the adverse weather conditions (there was even ice on the stove) – Pauline produced the most wonderful meal complete with a pear salad, succulent steak and a scrumptious lemon pudding. 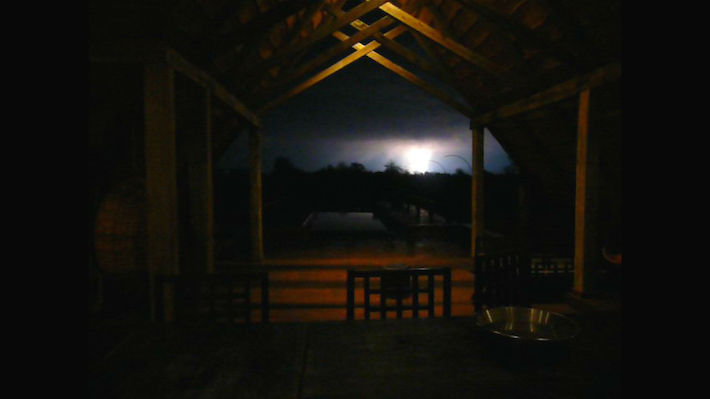 Dry, beautifully fed and ‘wined’ – the hectic arrival was soon forgotten and I was awash with contentment. Suddenly the journey had most definitely been worth it and Pauline was rapidly becoming my new favourite person in the world. 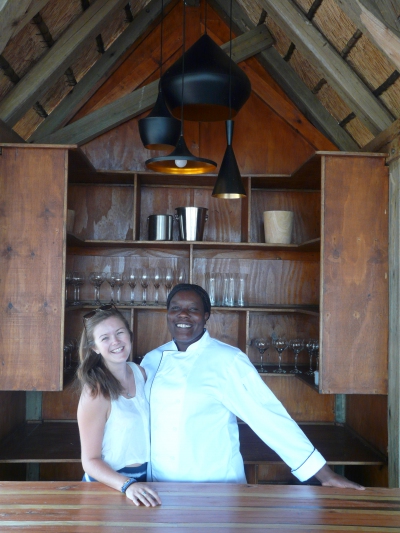 Watch this space to find out if I managed to make it to the luxurious desert oasis I was promised.